So rather than do nothing about our Winter Music Conference withdrawal we’ve compile a list of events for this summer so we can get our fix of house music. If you feel like we left something out make sure to let us know in the comments and we’ll add it to the list. ENJOY! 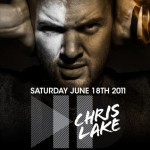 For the past five years, Chris Lake has been living the dream. As a DJ he’s travelled the globe. As a producer, he’s topped industry charts over and over again. As a lover of music, he continues to chase down the freshest beats around. Simply put, he’s become one of the great DJ/ Producers of the modern world. Join us as Others Play House, We Play Mansion presents Chris Lake alongside resident Laurent Simeca at Mansion Nightclub in Miami Beach. 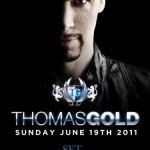 The changing pace at which Thomas Gold’s year has taken shape has been literally breathtaking for the Berlin based artist. 24 months on from breaking through into the international spotlight Thomas has nestled himself into the CD wallets of such luminaries as Axwell, Sebastian Ingrosso, Tiesto, David Guetta, Chuckie, John Dahlback and Sander van Doorn, whilst discovering equal support at club level by regularly chalking headlining slots at prestigious venues like Pacha, Privilege and Ministry of Sound. Join us as Movement Sundays presents Thomas Gold alongside resident DJ Louis Dee at SET Nightclub in Miami Beach. 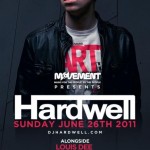 For the last 2 years, Hardwell’s overall talent is recognised by the dance music industry as a new, exciting and refreshing take on a scene that continues to evolve and with an apparent everlasting shelf life! If you want to describe Hardwell’s identity and musical development in one phrase then it can be no other than that he’s now arrived in the “Big Room House” sound and has created his very unique trademark as a dj and producer. Join us as Movement presents Hardwell alongside resident DJ Louis Dee at SET Nightclub. 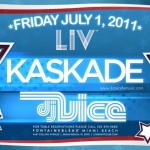 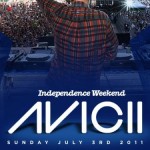 What Avicii wants is to create music for people to listen to and come to love, whether it be at home or in a dark nightclub. Avicii puts great emphasis on melodies in his productions and wants to appeal to fans of many different house music genres. Join us during Independence Day Weekend 2011 as Others Play House, We Play Mansion presents Avicii at Mansion Nightclub in Miami Beach with an opening set by Riot Gear. 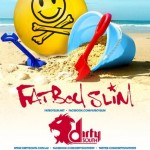 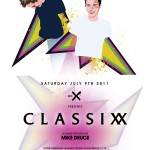 Barely into their twenties, Classixx has begun defining a new sound for the Los Angeles electronic music scene. A refreshing change from the trance and techno inspired Electro that has been dominating dance floors, their Donna Summers-esque grooves have caught the ears of music aficianados, fans and artists alike. With recent remixes for groundbreaking artists such as Phoenix, The Ting Tings, Shiny Toy Guns, and the Sounds, their funky midtempo sound is turning heads everywhere. 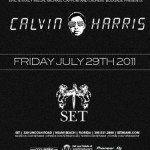 Eric and Stacy Milon, Michael Capponi and Laurent Bourgade present special guest Calvin Harris as he takes over SET Nightclub in Miami Beach. Calvin Harris was probably one of the most talked about artists during Miami Music Week and brought the house during his show at SET. So we invited him back for a very special night at SET Fridays. 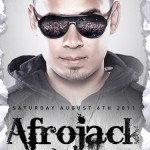 Afrojack returns for a very special night at Mansion Nightclub after an amazing start of 2011 and some huge shows during the Summer he is set to come back and rock the party as Others Play House, We Play Mansion presents Afrojack alongside resident Laurent Simeca. 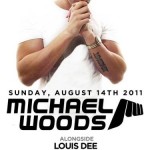 Ability, originality and accomplishment. In Michael Woods’ short career he has managed to touch on every cornerstone, leaving proof of his musical competence at producing big room, progressive and tech-house tracks, along with a discernible motivation to better the quality of music being distributed. This has not gone unnoticed with DJs like Pete Tong consistently throwing props his way. Join us as Movement Sundays presents Michael Woods alongside resident DJ Louis Dee at SET Nightclub in Miami Beach. 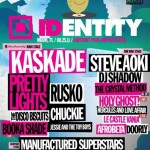